We’re celebrating another record-breaking year of lifesaving thanks to you. In 2019, PAWS served over 40,000 animals through rescue, spay/neuter, and low-cost veterinary care.

We’re closer than ever to making Philadelphia a place where every savable pet has a home. With your help, our efforts are working: about 87% of Philadelphia’s homeless pets are being saved and far fewer are entering shelters in the first place. We need your continued support to ensure we can be there for all of the animals who will need us in 2020.

Here’s what we accomplished together in 2019, along with a peek at our plans to do even more in the New Year! 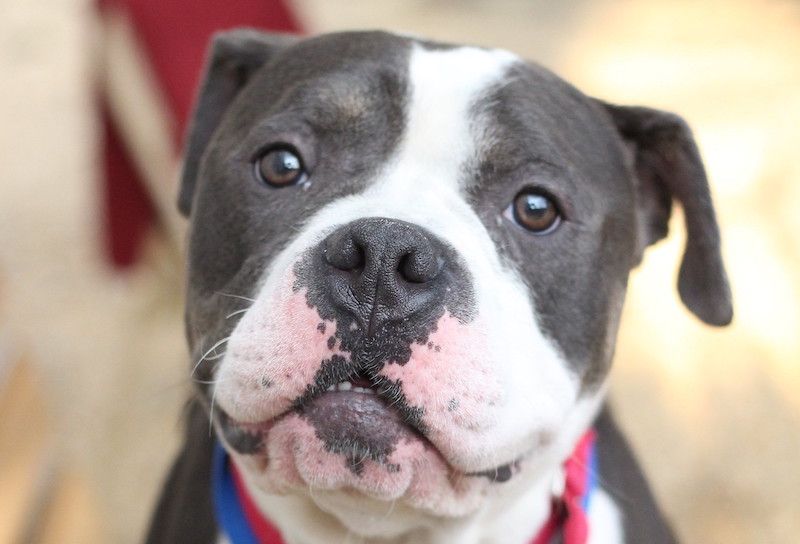 This friendly young guy was found fending for himself on the streets and brought to an area shelter. Recognizing his potential, PAWS brought him into safety, opening up space there for another dog in need. Just four days later, he found love with adopter Carrie and is now enjoying suburban life in Levittown. We filled his empty kennel with another sweet dog who needed a second chance.

Every year we rescue more cats and dogs than the year before. In 2020, we’ll continue by revamping our animal housing, expanding our enrichment efforts, and making our adoption and foster programs even more efficient so we can move more pets out of danger, give them the care they need, and help more adopters successfully grow their families. 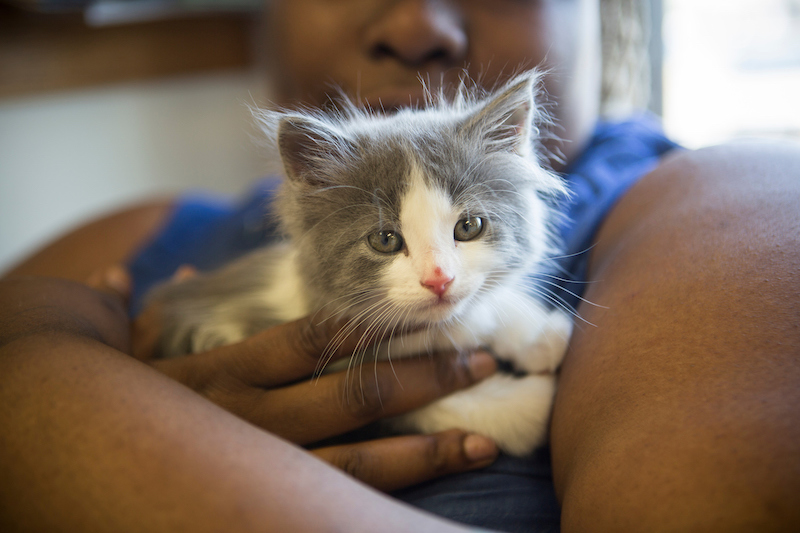 When Martina brought Lova Boi to our clinic, she was giving him the healthy start he deserved. By providing affordable spay/neuter and basic veterinary care, our clinics enable struggling families to care for and keep their beloved pets, and prevent countless unwanted litters. Since our first clinic opened in 2010, the number of cats and dogs entering the city shelter has been cut in half.

In 2020, we will upgrade our equipment, add new systems, and expand our veterinary services so we can help even more pet owners who need us, keep more animals out of shelters, and assist fellow rescue organizations with more of their lifesaving work.

Rescued a Record-Breaking Number of Sick and Injured Pets 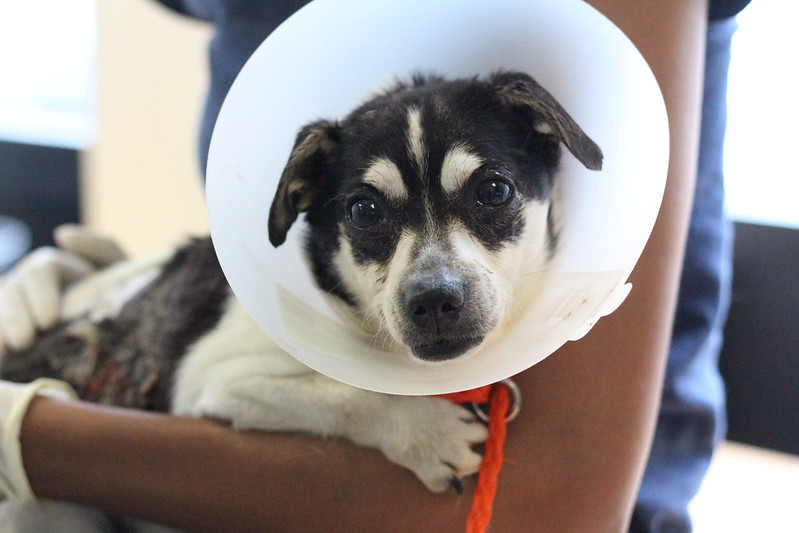 Oswald arrived at the city shelter with a large wound that had gone untreated during his time as a stray. Recognizing that he needed medical attention beyond their resources, ACCT’s lifesaving team put out an urgent call for rescue, and PAWS answered. Even though he must have been in pain, he gazed at us lovingly while we held him and waited patiently while we cleaned and bandaged his wounds. Now in a forever home where he is cherished, Oswald will never again face the uncertainty and danger of life on the streets.

In 2020, PAWS will continue to grow our resources and capacity to save sick and injured animals with nowhere else to go. We’ll help them heal, then find them loving families who’ll give them the security they deserve.

Brought Philadelphia Closer Than Ever to Becoming a No-Kill City 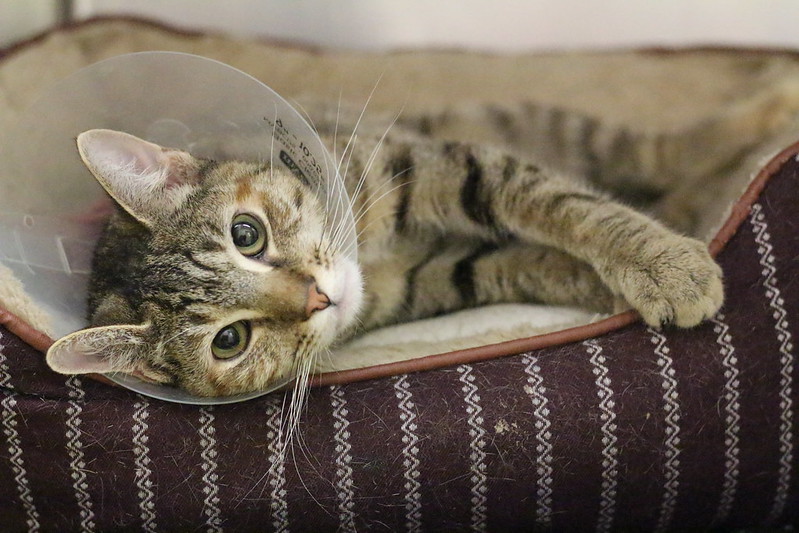 Kiwi was brought to the city shelter by a Good Samaritan who thought she may have been hit by a car. She had suffered obvious injuries to her tail and back leg, and needed an immediate exit from the shelter. We rescued her that same day, diagnosed a pelvic fracture, and provided her with the surgery and long-term care she needed to get well.

Kiwi recently found her forever home, but other at-risk animals arrive at the shelter every day. As a founding member of the Philadelphia No-Kill Coalition, we’ve worked tirelessly to prevent surrenders, and to lead conversations about how the rescue community can keep adjusting and doing more to save the animals whose lives still hang in the balance.

In 2020, we will continue closing the lifesaving gap by developing programs specifically aimed at preventing homelessness in more cases where pets are vulnerable, and providing safe haven, medical treatment, and supportive care to shelter animals in danger of being euthanized. 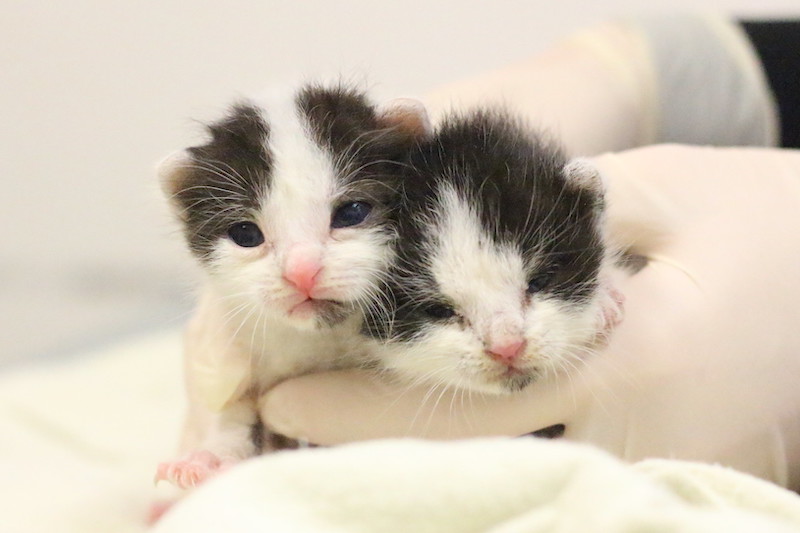 Wednesday and Pugsley were cold and hungry after being found outside without their mother. At just 2 weeks old, they were too young to eat on their own and needed round-the-clock feeding to survive. We stabilized their body temperatures, got food in their bellies, and placed them into a temporary home through PAWS’ bottle feeding foster program. After receiving the care they needed during their critical first weeks of life, they went on to find a loving forever home together in Montgomery County. Every year, our in-shelter kitten nurseries and foster homes provide a safe haven for the smallest, most fragile kittens who are too young for adoption. 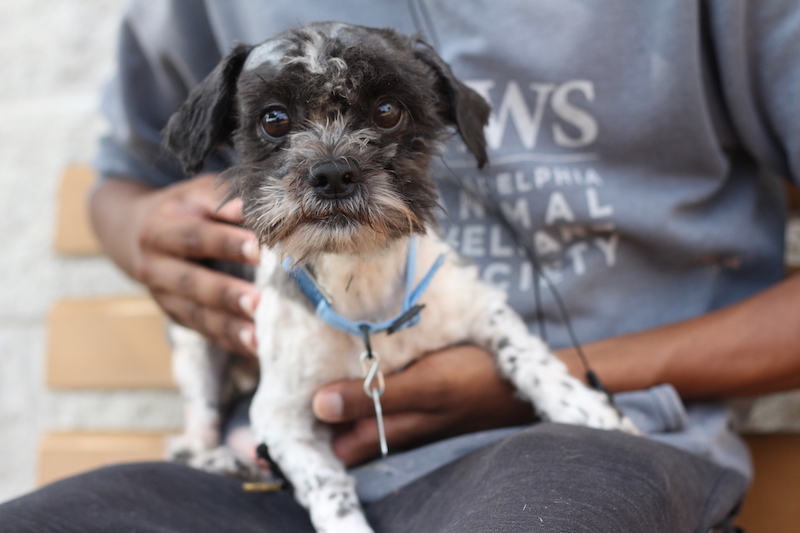 When Mateo arrived at the shelter after being found as a stray, his hair was so matted that his normally-floppy ears were standing straight up. His microchip scan revealed that he’d been through the shelter previously and adopted out, but didn’t have a family to claim him. We rescued him, gave him a much-needed haircut, and set about matching him with an adopter who would treasure him for life. He found his forever home just five days later, and now enjoys life as a beloved family pet in the suburbs.

Gave Second Chances to Thousands of Cats Like Mack 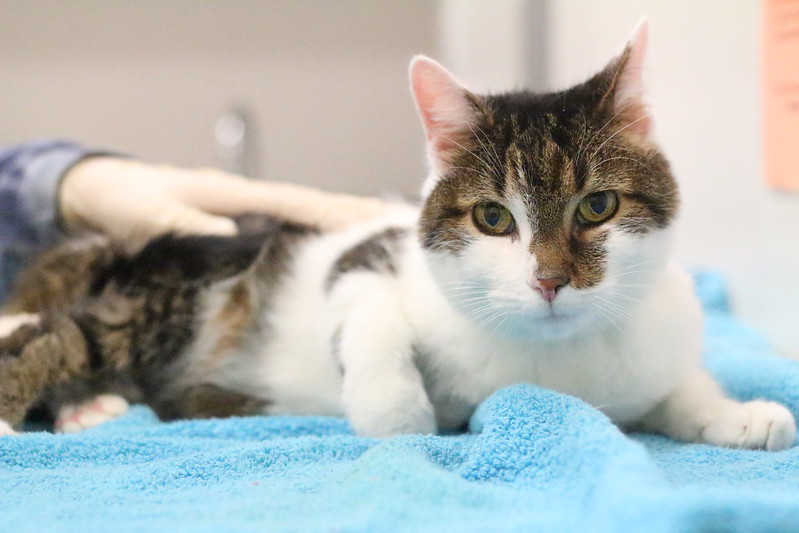 This gentle senior ended up at the city shelter after his owner of many years passed away. Fearing that his skinny frame was due to an underlying health issue beyond their resources to treat, the shelter’s lifesaving team put out an urgent rescue call and Mack was on our next transport to PAWS. When exams and diagnostics showed that Mack’s poor weight was due to a mild kidney issue and shelter stress, we gave him the extra care and attention he needed for a healthy start. After a brief stay at our Old City adoption center, Mack found a loving forever home in South Philly. 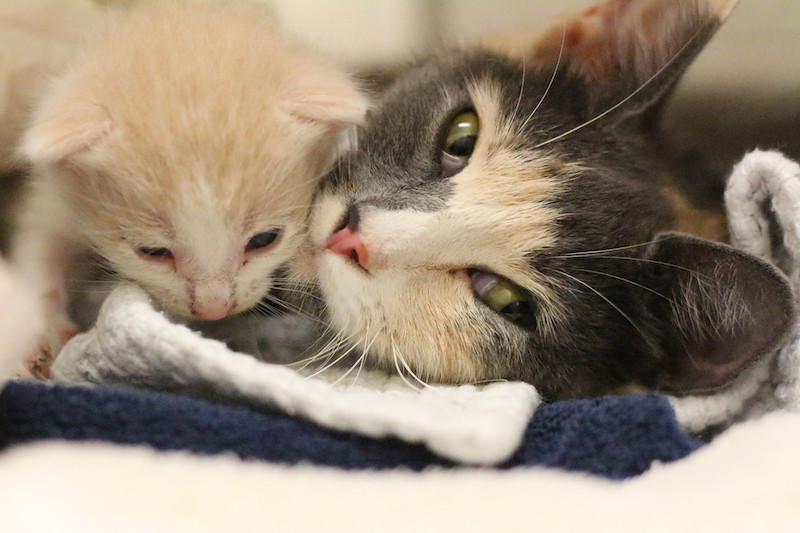 We were there for Vivian and her kittens when they arrived at the city shelter with no place else to go, but rescue alone cannot solve the crisis of pet homelessness in Philadelphia. By providing high-volume, low-cost spay/neuter for owned pets, feral cats, and animals in the care of other rescue organizations, PAWS curbs the birth of unwanted litters, prevents health conditions that lead to shelter surrender, humanely manages stray cat populations, and reduces the number of pets needing to be rescued. Since we opened our first clinic nearly ten years ago, we have performed over 93,000 spay/neuter surgeries, treated more than 238,000 pets, and the number of dogs and cats entering the city’s animal control shelter has been cut in half.

Continued to Serve as the City’s Largest Rescue Partner 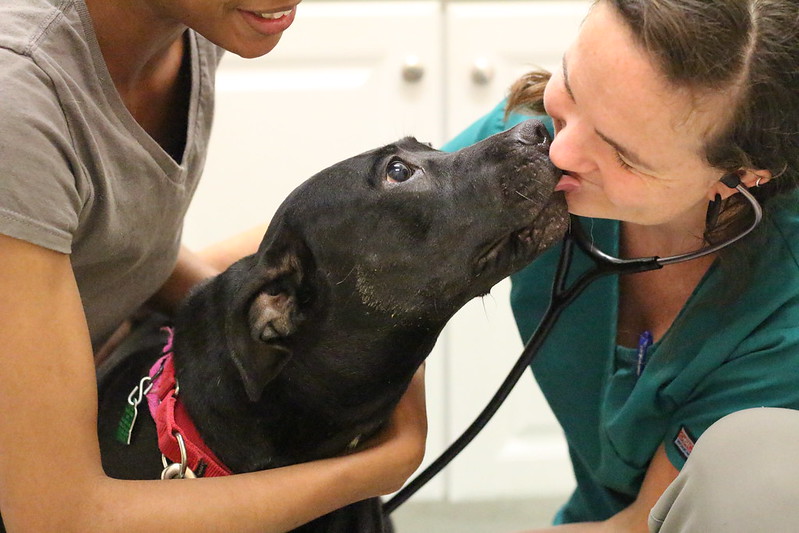 Venice was rescued by PAWS after she was picked up by animal control officers in North Philly and brought to the city shelter. We placed her into foster care when she began showing symptoms of kennel cough, and she recovered in time to find her forever home with adopter Kaela during our Clear the Shelters adoption event. PAWS fills every available space in our shelters and foster homes with at-risk pets from Philadelphia’s animal control facility who are waiting on a chance at life. We’ll continue to do so until every savable pet in the city is guaranteed a home.

We are making incredible progress, and we are so close to celebrating a time when no savable pets in Philadelphia lose their lives.

But we still have much to do. Homeless pets need our help, every day. PAWS is 100% donor-funded, so everything we do depends on the generosity of animal lovers like you. Please join us as we embark on even bigger efforts in 2020, and help ensure we can be there for the pets who need us most.